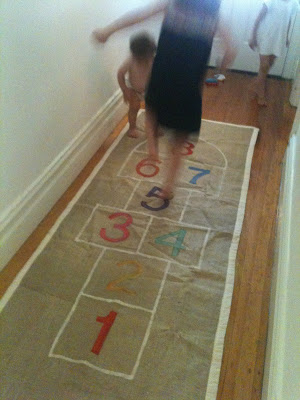 I've had extremely limited internet access this week and I've got to say that I feel extremely disconnected from the world without it!! It's one thing choosing to lie low or have a break, but when it's enforced, now that's hard!

Plenty of things are being made late at night this week but I can't show you anything, hopefully next week that will change though... 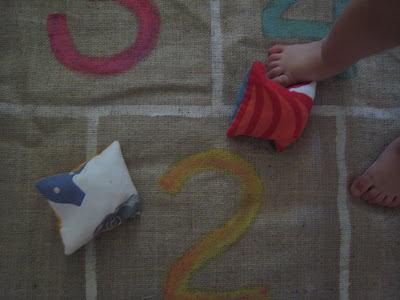 In the meantime, I've been meaning to post on this indoor hopscotch game for a while now. I made it last Christmas for the girls. I think I had as much fun making it as they do playing with it, as is often the case :-)

My inspiration came from this fabulous book Cool spaces for kids. First I got a huge rectangle of hessian (burlap?), backed it in non-slip backing and bound the edges with calico. 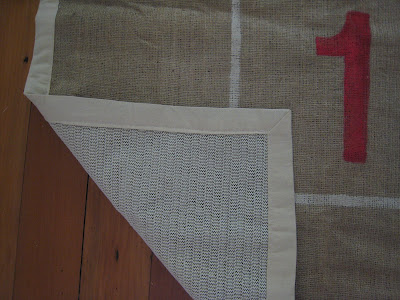 Then I painted on the numbers and lines, made some little beanbags for tossing and a matching bag to hold it all in. 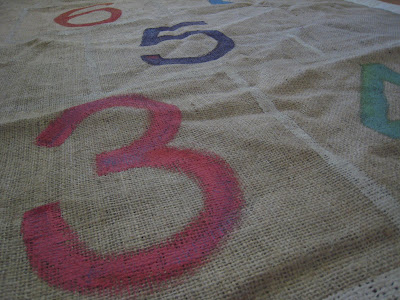 I hope you've had a good week, see you Monday (hopefully) with some new pics, technology pending ;-) 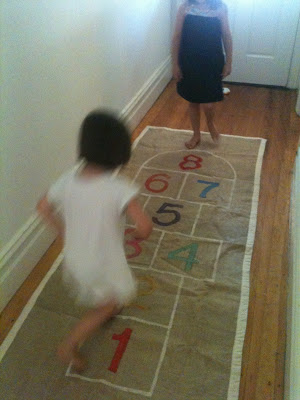