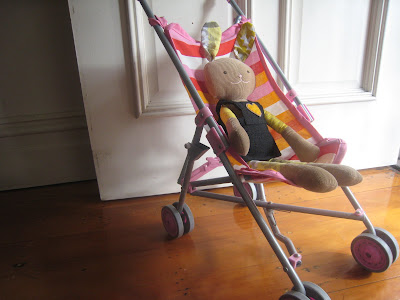 I love the phrase 'Make do and mend'. During WW2 people were encouraged to mend clothes to reduce the need to buy new ones, which were in short supply. And even though times are a lot easier now generally, I still think it's a good way to think to try to reduce our environmental footprint. So I thought I'd try to fix more things in future rather than throw them out, and maybe blog them to get me motivated.

It bugs me when I have to throw out old toys, not when they go to friends or the charity shop of course, but when they go into the bin. I hate the thought of all that plastic in particular going into landfill. I imagine it lying around for hundreds of years and I wonder how the earth can cope with all we throw at it. A part of me would love to live a life where I consume as little packaging as possible. I'm so used to the conveniences of modern life that anything more than small changes seems too hard. So I try to just do little bits where I can, even though it feels hopelessly inadequate. 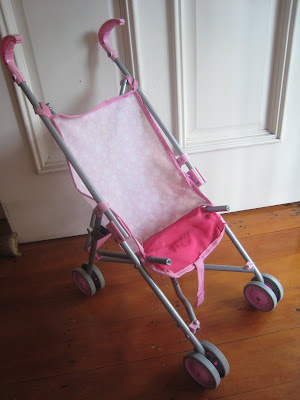 Anyway... the kids' little dolly pram had been a bit out of action for a while with a ripped fabric seat. So, in a lightbulb moment recently I decided to make a new one for it to extend the life of this popular toy. I unpicked the seams of the old one to use it as a pattern, then made a new one in the striped cotton from Ikea that I've used on the girls room's curtains and light shade. I bound the edges in a bias binding and made sure I sewed the stress points several times as the kids like to sometimes push each other around in it too :-) 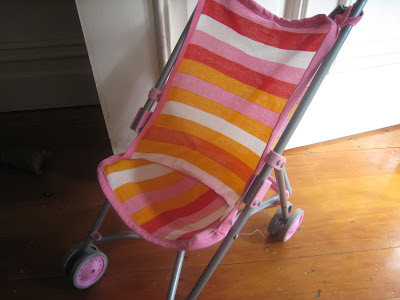 Do you have any tips for making do and mending? I'd love to hear.
Posted by Jo at 10:32 AM

Labels: make do and mend