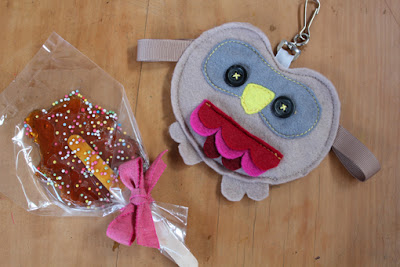 My big girl turns 7 this week and had a get-together yesterday with a few buddies. It was set to be a low key play date rather than a full party (which could not have been arranged with 4 days notice - she had changed her mind at the last minute, but that's another story ;-) So rather than doing party bags I thought I'd make a couple of little things for the kids to take home and also have a lucky dip, which I find is always popular. 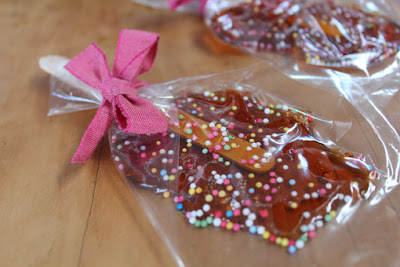 The toffee lollipops was an idea that came from Kate at Foxs Lane. She had posted a pic on Instagram, which I've just joined, incidentally (come follow me, I'm bubala_jo, and I can follow you too ;-). They took me back to my old primary school fetes. My goodness, I ate quite a few of those things! Maybe that's why my teeth have given me so many problems! I thought putting a little on a paddle pop stick was a great idea and limits the portion size. Of course I made the girls promise to brush their teeth extra well when they got home (and hopefully the parents won't hate me!). 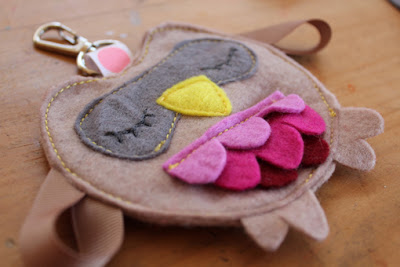 And the little felt owl came about because I wanted to give each child some kind of badge so I could identify them quickly in the play centre crowd of squealing children. I decided to make it a purse with a zip in the back and a clasp at the top so it could be put on their clothes on the afternoon and then they could clip it on their school bag or wherever later. 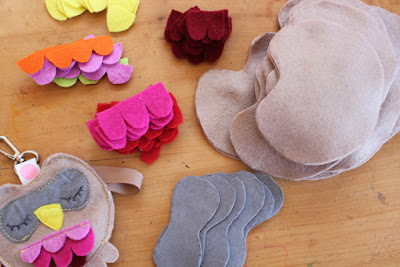 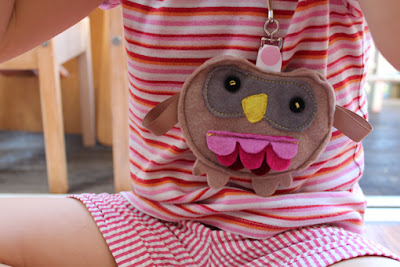 After making one prototype I got into full production mode and spent a bit of time cutting, pinning, sewing and finishing. My big girl suggested we have some owls asleep and some awake, which I loved. Then we added in the winking ones ;-) My big girl sewed on the buttons with me looking on proudly. 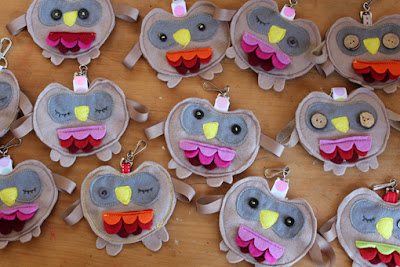 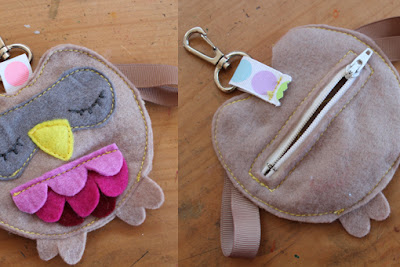 For once I was organised and took photos at each step, so that I can do a tutorial for them... hopefully soon :-)
Posted by Jo at 3:04 PM