A half finished project finally done 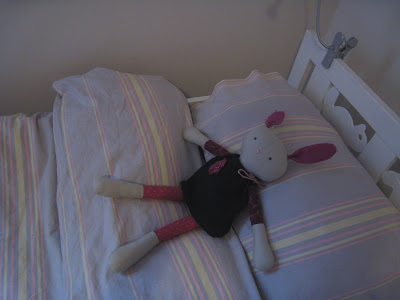 Earlier in the week I finished this doona (duvet) cover and pillowcase that's been hanging around half finished for a while. My motivation for finishing it was our broken washing machine, but that's another story (tedious but top of mind - 4 weeks with no washing machine in a 5 person house - arghh!). 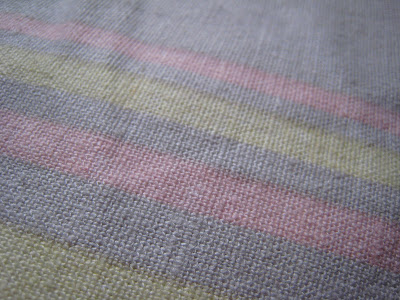 Anyway... I used a lovely piece of printed linen that a friend had given me a while ago. She had intended to make it into curtains for her girl's bedroom but changed her mind. 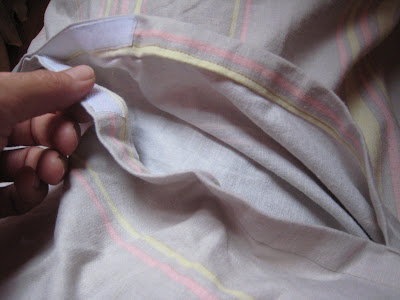 If you've never made bedding, and have a large length of fabric to use up, I'd urge you to give it a go. I've made a few now and each time I just sew around all 3 sides, leaving the bottom edge open, then sew some velcro on for the closure and sew in a little on the left and right sides to close it up a bit.

Of course if you have expensive fabric or it's not wide enough it can be a pain and also more expensive than buying a set, but if you've got the right fabric, it's a quick and easy project. Mine needed a join in the middle but it's not too obvious. I also find it pretty hard to find bedding that I like in the shops, so it's a way of getting something you like. 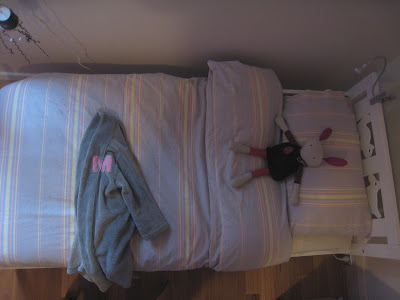 OK, pretty much out of time, must go and prepare more food for the hungry hoards. Hopefully I'll get a chance to pop in here again sometime soon. Geez, at the moment I feel like something between a short order cook, entertainment manager, conflict resolution coach and housemaid!

* Apologies for the gloomy pics, it's been overcast and rainy here - just what you need for school holidays!

More creative spaces to lose yourself in over here.
Posted by Jo at 5:38 PM