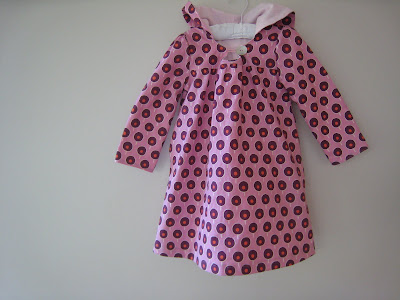 I finally finished this dress for KCWC in my creative space this week.

So far my KCWC effort has been pretty average. We've had one illness or another in the last few days, so I haven't been able to put in as much time as I'd like. Each night when I tried to sew I would get called to soothe a small person, dadda just not cutting it in the comforting stakes apparently (unfortunately!). So even though all I wanted to do was sit and sew with some music on and snacks at hand, mostly I haven't been able to. 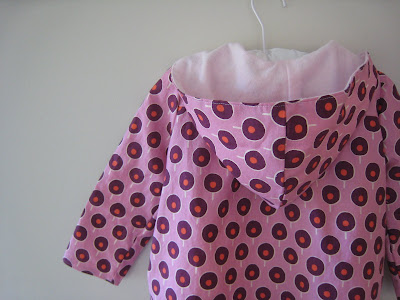 But I did snatch a bit of time here and there. One setback I had was when I tried the dress on the little girl and realised that I had cut a size too small. She's 3 years old, and generally a size 3, but going into a 4. Without thinking (or measuring) I cut a 3, then started thing that the sleeves looked quite thin. 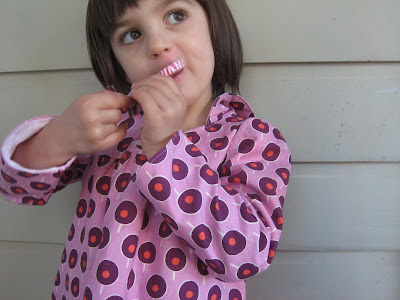 As she's quite petite though I thought it would be OK. I had to tug it over her head, which she always hates, then it was a little tight under the arms. So I spent my hour yesterday (in about 10 minute increments while tending to sickies) with the seam ripper pulling out seams and then today re-sewing the seams right next to the overlocked edges to get maximum out of the seam allowance. I often find that just adjusting the seam allowance in a pattern is enough to make a difference. It fits better now, thank goodness. I couldn't bear it if that beautiful (and expensive!) fabric went to waste. 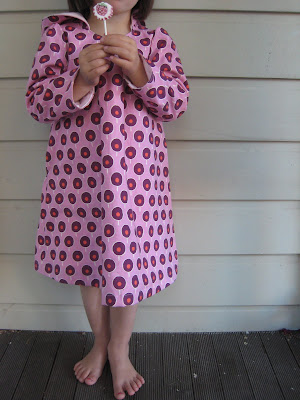 I loved the pattern, as I do the other Make It Perfect patterns I've tried, and would definitely recommend it. I was concerned at the start that my outer fabric may not have been heavy enough for winter (it's a quilting weight I think), but once it's combined with the inner dress it's bulky enough, I wouldn't go any heavier. Overall I found it a joy to sew, the only problem being my sizing fault.

And what do you think of my dodgy parenting practice in giving her a lollipop as a bribe (um, I mean incentive) to have her photo taken? Well, at least it matches the print on the dress ;-) 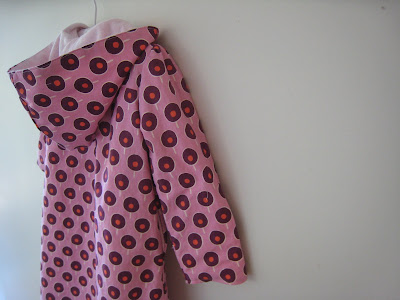 Lots more KCWC pics to be found here.
Posted by Jo at 4:41 PM