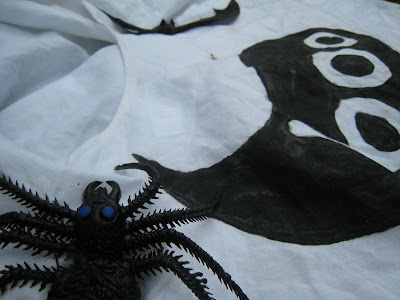 When I was growing up Halloween was not (I think) widely celebrated in Australia. So I admit that it's taken me a while to get into the spirit of it, but this year I really enjoyed it. The girls dressed up and I took them first to a party, which was raising money for a fabulous charity to build a children's hospital in Sierra Leone, and then on to a little trick or treating. We also made spooky cupcakes to take to the party (no pics sorry) and put a few decorations at the front of our house to signal to children and their parents that we were in on the fun and games. And of course we prepared a basket of lollies to offer to trick or treaters! 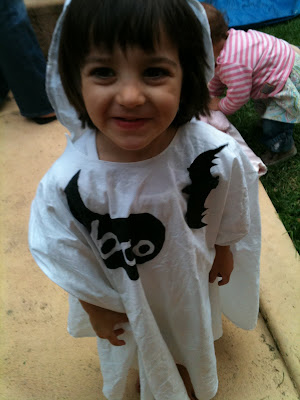 My small girl wore this ghost costume that I made last year for the big girl to wear to a party. The big girl had let me paint her face too so looked the part, but the little girl is not so keen on face paint, so I let that one go (reluctantly :-) 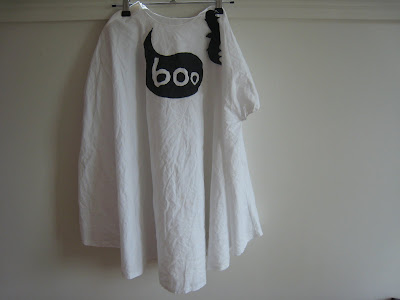 I knew exactly the design I wanted to do and it actually came together well so was a real joy to make. I cut 2 almost full half circles from a piece of white cotton... 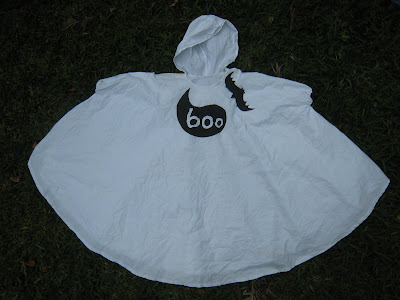 then added a hood (taking the shape from a hoodie pattern I had)... 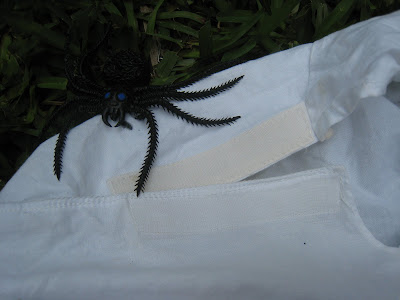 put a velcro closing on one shoulder for ease of dressing... 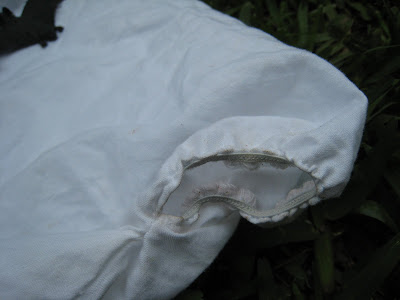 and sewed some elastic into the arm bands to help keep them down. This also meant that when her arms were raised it lifted the sides of the costume out creating a more ghost-like shape. 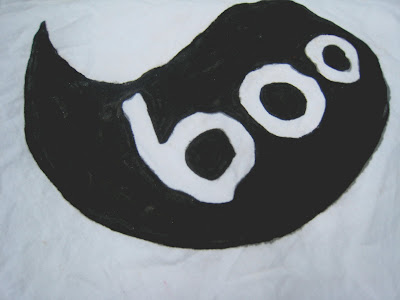 The I painted the 'boo' on freehand in black fabric ink, and attached a plastic bat and spider with a few stitches so they could be removed for washing. 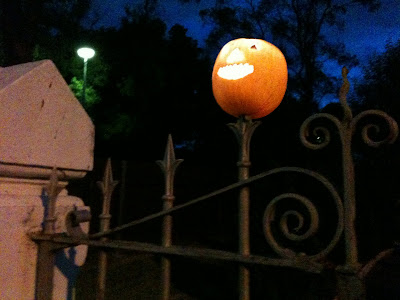 I also had to include a pick of one of the big girl's classmate's lanterns. It was so pretty that I'm inspired to make one for next year.

So apart from having 3 small children restlessly sleeping with piles of sugar in their bodies by the end of the night (the baby got into the lolly bananas while we weren't looking), it was a really fun evening and I'm so looking forward to next year! Hope you had fun too.
Posted by Jo at 1:00 PM