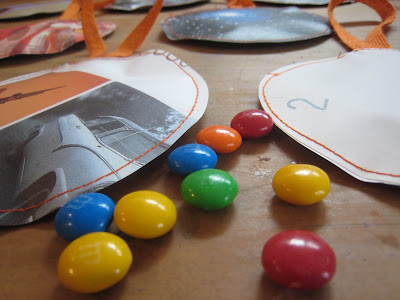 We had a birthday party in a local park on the weekend for our boy's 2nd birthday, and of course I couldn't let the opportunity to do some craft slip past!

The craft centred loosely around a ball theme (for the ball-mad boy of course) and including orange and green colours. I made an invitation from a photo of birthday boy kicking a ball, a pom pom garland in a great grassy green yarn, and little round take-home parcels. 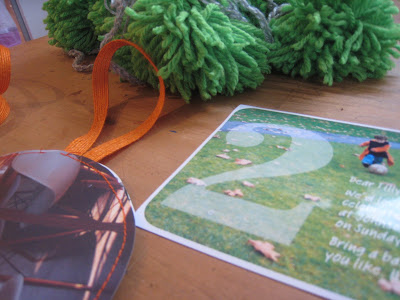 I'd seen a few examples of little sewn parcels around (good one including tutorial here) and wanted to try them. I used an old (but beautiful) furniture catalogue, from which I cut CD sized circles, and sewed 2 together, leaving a gap for filling, adding a large ribbon tag and then sewed up the gap, leaving a couple of millimetres for ease of tearing. 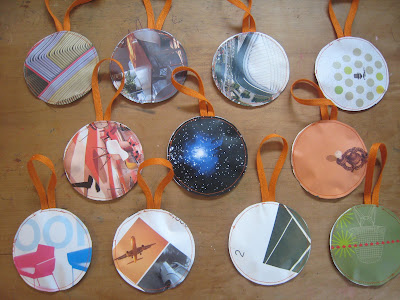 Whenever we have a kids party I agonise over take-home 'party bags', as I know many friends do... firstly, to do them or not to? Kids love them (and expect them!), but packing them with cheap plastic toys seems wrong, as they'll surely end up as landfill sometime soon. Decent little toys end up very expensive when you're buying in bulk. And as for lollies (sweets/candy)... generally the kids have consumed quite a bit of sweet food already by the time the party's over, so should we be sending them home with their poor parents to either eat more and run around on sugar highs, or have screaming tantrums because they're not allowed to eat them? Both are familiar to our family and neither is fun. We've seen a lot of tantrums over 'treats' lately and frankly I'd like to go and clear our pantry of anything sweet, ban buying and receiving gifts of sweets and have a sweet-free month, I'm that over the whole the sweets mania. Argh, I've obviously got an issue going on here!! I could write a whole post on this topic, but I won't bore you with that ;-). Lets just say that I hoped that the novelty of ripping open their little parcels would make up for the small quantity of sweets (just enough M&M's to fill out the parcel). 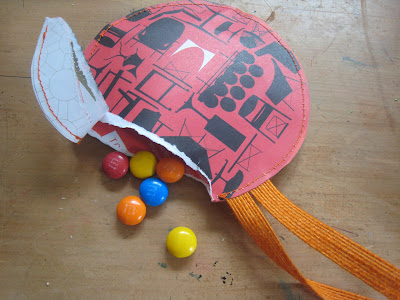 It was a simple party and we tried to keep it age appropriate (despite pressure from the 6 year old big sister who would have liked Pass-the-parcel etc ;-). Balls to kick around of course, a game of Crocodile Crocodile, big bubble blowers and chalk to draw on the paths. 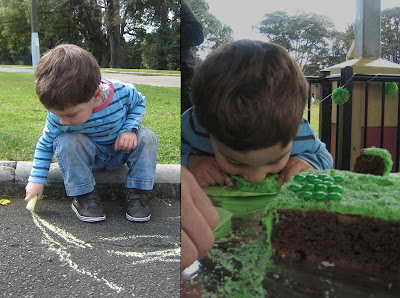 OK, yes, this is the boy with his face in his cake! If you can't get icing all over your face when it's your birthday, when can you, right?

* Party pics courtesy of my lovely friend L who knows I always forget to take photos so takes my camera and gives it back to me full of great images. Thank goodness for you L :-)